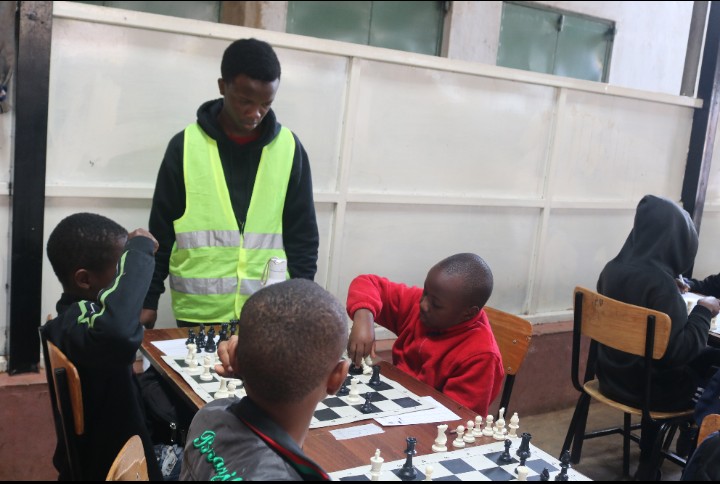 The players step into the hall and the air gets charged with excitement and a hint of trepidation. As a chess enthusiast watching from the sidelines ,the excitement gets to me too. The boards have been arranged and the clocks set, the arbiters stand in between the rows and call on the players to settle down. Once they settle down, itâ€™s like a switch has been flipped. Sighting a smiling face is pretty rare and l have a feeling these players, who one day will run the Kenyan scene are prepping their minds, just like any sports person does before doing what they love . The arbiters rush to start the clocks, and l inch towards the table number one. The two adversaries, shake their hands, firmly. Weirdly, the scene reminds me of fencing. The players are seated upright, taut with tension, but yet, as their hands push the pieces, itâ€™s eerily graceful just like the en garde position. White makes his first move, taps the clock and quickly notes down the move. Once black makes his move, thatâ€™s a created engagement and the battle begins. Itâ€™s mind boggling, how a human mind can engage in an activity such as chess over long durations. Itâ€™s even more unique how a 6 year old could sit still for 30 mins or more, playing chess. That, my dear friend, is genius. From where am standing, I notice lots of raised hands in the kids section. The arbiters move from one raised hand to the other sorting out the issues, I inch closer to one kid talking to the arbiter and in that moment no matter how brutal chess can be sometimes, the innocence in it, is almost tangible. The kid is eager to show the arbiter how he just put his opponent on a check and even if the end goal of the game is to checkmate the opponent, l find myself impressed. This reminds me of having to write about the human brain and how it slowly grows into maturity. The evidence of it ,is right before my eyesâ€¦ For this 6 year old was recently in the googoogaga stage, and now, he takes up such a complex art. It might not impress you, as it did me but then again, to each his own. Back at table number one, white holds his head in his hands while staring at the board. I glance at the board, wondering what exactly he sees on it, that l havenâ€™t seen. Black holds his pen mid air, as if entranced by the pieces . The noise emanating from the kids section seems not to bother these two players . Itâ€™s as if they are in an alternate universe and the humming in the hall is not grating their nerves. Black finally makes his move, a pawn push and l wonder if the opponent is frustrated by the near blase way Black takes his valuable time, just to push a pawn. However, just as Emmanuel Lasker said, â€œwhen you see a good move, look for a better one.â€ Maybe, thatâ€™s what he was doing. 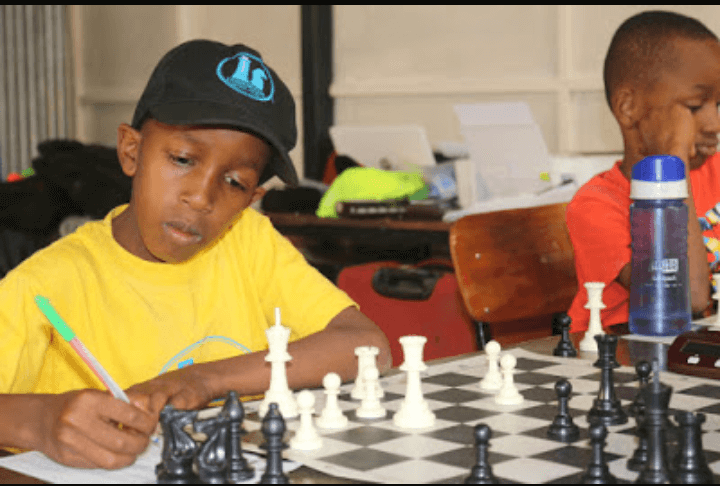