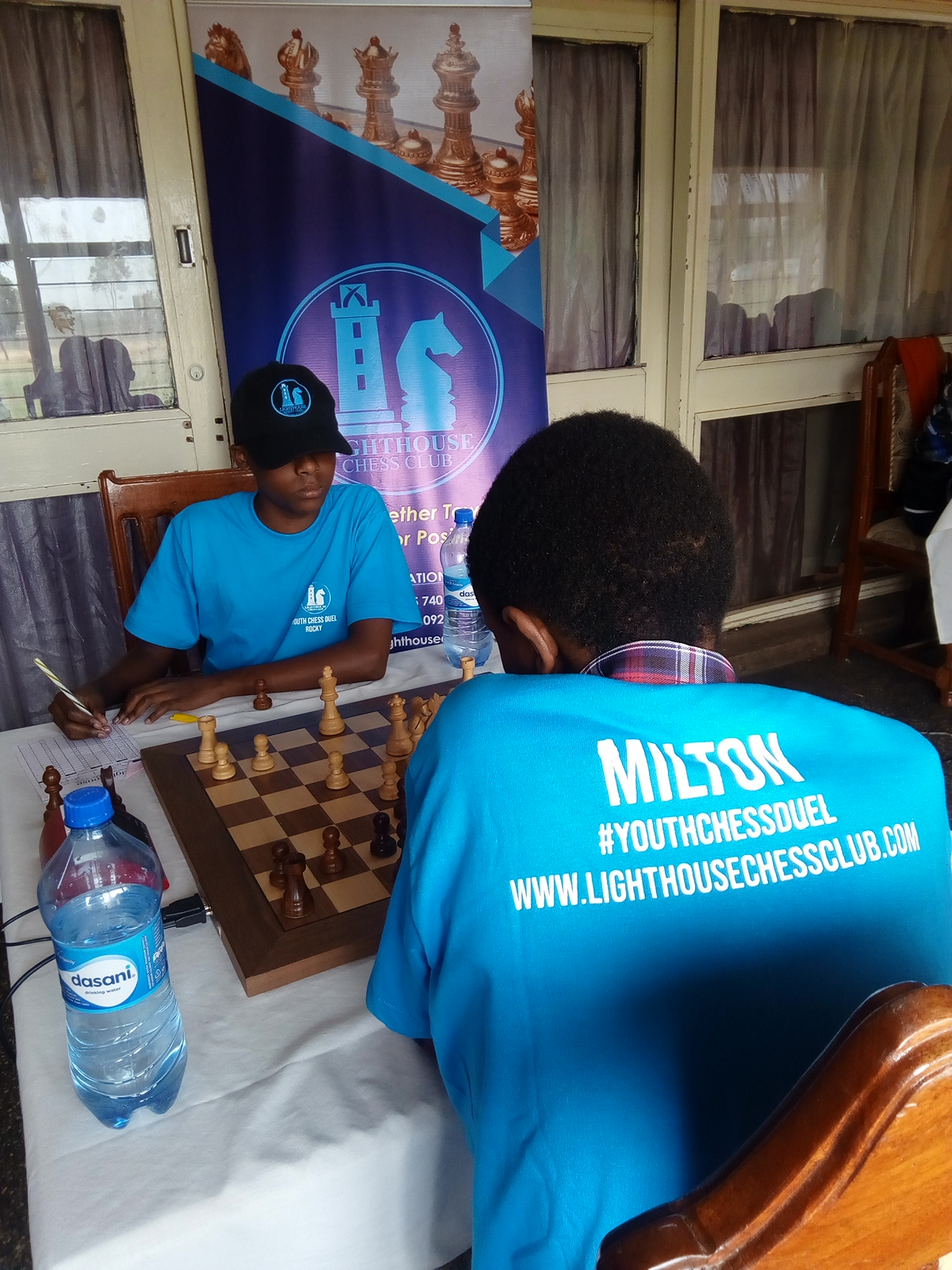 Just like women love diamonds, so does chess. Specifically, diamonds in the rough. It flourishes in the hands of a young eager lover and clinches on to the love like a puppy . I got to experience two of such rough diamonds in the countrys first ever youth classical chess duel, held on 24th August 2019 . The two junior players had been selected by the public to battle it out. Maybe out of their notoriety over the board or just their notoriety period . And so, Milton Kihara aka Milton Chess GM The African beast was paired to meet the young Turk Rocky Muchiri aka Rocky The Beast Slayer. This would be a battle between the Slayer and the Beast, and l couldn’t wait to see who would top the other. With the game being streamed live, online commentators were in a frenzy making their remarks on what could have been a better move and how a move made by a certain player was either strong or a real headache. As the online buzz continued, the players were guzzling bottles of water and freely walking around the room, oblivious of the light drizzling outside the playing room. The two adversaries were using 1hour 30 minutes time control each, thus taking their precious time looking for a way of gaining momentum against each other and following Emmanuel Lasker’s concept of finding the better move. The tension was palpable in the room when Rocky The Beast Slayer made a blunder, only to suffer under the claws of the ever calculative African Beast. With Milton.The African Beast , leading with one game to nil ,the stakes were even higher for Rocky. Kenya’s FM (Fide Master) Brian Kidula had a brief chat with the players and went through the possible outcomes of the finished game while prepping them for the last round. The determiner. As Rocky prepared for his last round, I could only imagine the pressure he felt, knowing well that both the money and the elos were on the line. However, the money was of no consequence compared to the lesson he would learn from the experience. The second round got underway and the time seemed to move at a snail's pace, as the players cautiously moved the pieces in combat. Finally, Milton proved to be the better player as he brought down Rocky's defense, leaving him to lose focus and make a terrible blunder . The African Beast had mixed feelings as he couldn’t believe that the heated game had come to an abrupt end all because of a miscalculation. The two contenders went through their game while discussing the moves and point out the strengths and weaknesses in the attack and defense formations. The day in itself was dedicated to helping the young Turks broaden their field of vision and also motivate them to bring their A game to every tournament. The first edition of the duel made me anxious for more and hopefully the second edition between AIM Sumit Deshpande aka Bandit and Martin Njoroge aka Lagrave happening on 14th September 2019, will bring forth surprises.